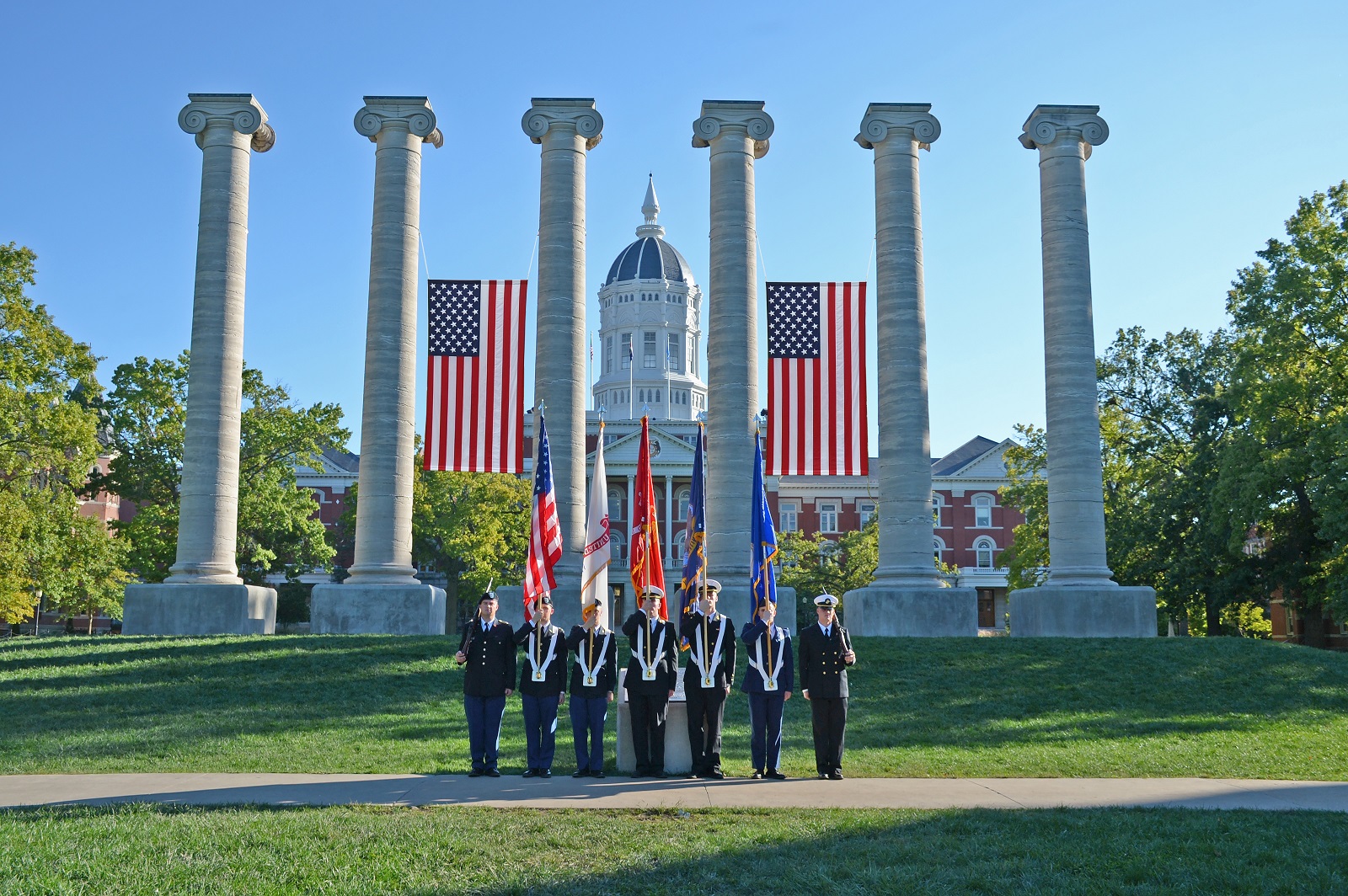 Each of the Reserve Officer Training Corps at the University of Missouri was proud to hold the annual Joint Services Pass in Review Parade on campus the last Friday of the spring semester. On May 6, 2022, we were honored to parade before President Choi. Due to heavy rains, we held the parade on Stankowski Field (next to Crowder Hall) rather than march on the sodden grass of Francis Quadrangle.

The Army ROTC Tiger Battalion, Air Force ROTC Detachment 440, and the Naval ROTC Battalion of Midshipmen participated in the Pass in Review. Holding this annual military parade dates back more than a century and celebrates the University of Missouri’s foundation as a land grant institution. We are proud to continue this hallowed Mizzou tradition and hope to return to Francis Quadrangle next year.

College of Arts and Science